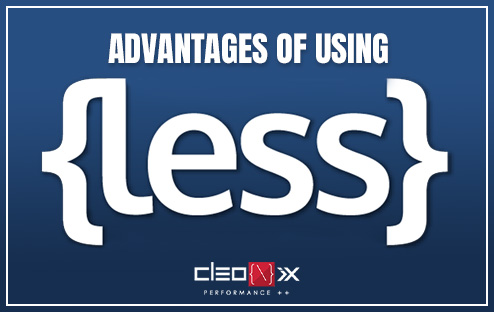 Today, three major CSS preprocessors, Sass, LESS, and Stylus, are on the market. First of all, we need to know, what is preprocessor? A CSS preprocessor is a language for scripting that is a CSS extension. It is compiled into the standard syntax of CSS and then the web browser reads the CSS. Less looks very similar to CSS, but it provides features such as variables, functions, blends, and operations, etc. that make it easier for you to create dynamic CSS. Less is a pre-processor CSS that helps you to customize, maintain, and recycle the webpage style sheets. Less is a CSS extension and a dynamic style sheet language that can be run on the client-side or on the server-side. We’ll talk about the benefits of using less in this post.

1. It’s faster and easier than CSS.
2. Cleaner structure by using Nesting.
3. Less codes compared to CSS are simple and well structured.
4. Less supports compatibility for cross-browsers.
5. Change / update can be done faster because Less variables are used
6. More time is saved compared to CSS
7. Coding is faster because Less provides a list of operators
8. Use Mixins solves code reusability and integrates all of a class’s properties into another class by simply including the class name as one of its properties
9. By referring to your ruleset, you can recycle all your classes
10. Less has a lot of mathematical and operational functions.
11. You can import other LESS files into a LESS file that can define variables and use them in the Less file imported.
12. There are more predefined functions and you can also create your own functions and use them all over the code.
13. Less also supports Lazy Loading feature, i.e. you can define your variables anywhere in the file, such as before or after variable use.
14. Maintenance in Less can be done more easily as variables are used.
15. Less provides a list of operators that speeds up coding and saves time.