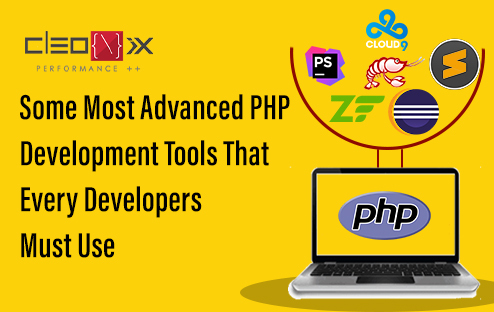 PHP or Hypertext Pre-processor, previously known as Personal Home Page, is a programming language that help developers to build dynamic web contents which interact with databases. It was first released in the year 1995 by Rasmus Lerdorf as a small open-source project which developed further as more people got introduced to it. Now, PHP is the fastest and most commonly used server-side scripting language for creating web apps and sites. It is famous for its features which help developers to do their work easily like – detailed documentation, huge community, ready-to-use scriptures and well supported frameworks.

Today, there are a bunch of developmental tools available in the market for PHP which helps to increase the work efficiency of the language even more. These tools act as IDEs where developers can effectively build feature-rich PHP projects.

Let us discuss some of these advanced PHP tools that every developer must know and use while working with PHP.

PHPstorm is the most common and standard option among the various tools due its lightweight and extremely fast and smooth working ability. It works very well with different PHP frameworks like Symfoni, Yii, Zend Framework, CakePHP, etc and CMS like Magento, WordPress. PHPStorm boast on its features and specialities like code completion, code re-arranger, zero configuration debugging, and most of all, it supports languages like JavaScript, Visual Basic, C, C++, and C#.

Zend Studio is known for its optimal speed. It does not take any extra effort or time while writing and debugging code in Zend Studio. It supports PHP 7 and debug scripts using X-ray,  Xdebug and Zend Debugger. Some of its special features include indexing and searching PHP code, faster performance in validation, Zend Framework and Zend_Tool Integration. You can also extend Zend Studio by Eclipse plug-ins as Zend Studio supports them.

Eclipse is a complete developmental tool that give developers the freedom to choose from a wide range of plugins which makes it very easy to simplify complex PHP code. It allows you to customise and extend IDE according to the need of your project. It supports both GUI and non GUI applications and have features like syntax highlighting, code templates, code navigation, content assist. It also supports multiple languages like ABAP, Ada, C, C++, Haskell, COBOL, D, JavaScript, Fortran, Java, Julia, Perl, Lua, NATURAL, PHP, Prolog, Ruby, Python, R, Lasso, Rust, Scala, Groovy, Scheme, Clojure, and Erlang.

It is the top text editor for PHP developers. Sublime Text is not a proper IDE. You can make it a suitable editor for PHP applications by installing certain plugins and packages. It is cross platform, source code editor that supports all the popular programming and mark-up languages. Some of the features of Sublime Text are split editing, instant project switch, distraction free ode, plugins API. You can change any line of code using this editor.

Due to its cloud nature, you can take your PHP projects anywhere and collaborate with you colleagues using its collaborative coding features.

CodeLobster is another popular IDE that supports various PHP frameworks like Symfony, Laravel, CodeIgniter, CakePHP, Magento, etc. When using this IDE, you do not need to remember the names of arguments, functions, attributes, tags, as CodeLobster has a autocomplete feature for HTML, JavaScript, PHP, and CSS. Other features include syntax highlighting, SQL manager, code validator and function parameters display.

Keep in mind that the development tools that are mentioned in this blog are not the only ones available in the market. There are various PHP tools that are present in the market, paid and free. The tools we have listed are among the most popular and commonly used tools. They are packed with rich features and functions that help developers to quickly and easily create PHP web applications.

Related Content : Some Modern Features Of C++ That Make It Popular Still Now

What Is a Web Crawler and How Does It Work?