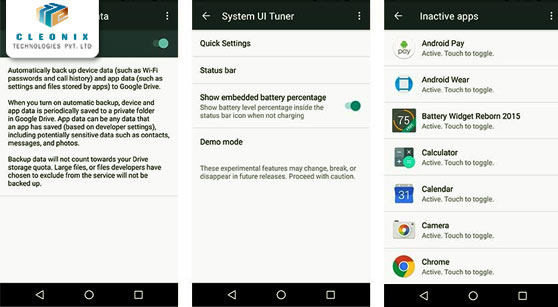 Android 6.0 “Marshmallow” is a version of the Android mobile operating system. It was unveiled in May 2015 at Google I/O under the codename “Android ‘M'”, & it was officially released in October 2015.

Marshmallow primarily focuses on improving the overall user experience of Lollipop,[5] introducing a new permissions architecture, new APIs for contextual assistants (a feature notably leveraged by “Google Now On Tap”—a new capability of the Google Search app), a new power management system that reduces background activity when a device is not being physically handled, native support for fingerprint recognition and USB Type-C connectors, the ability to migrate data to a microSD card and use it as primary storage, as well as other internal changes.

The Top Features of Android Marshmallow